Aggressive, Honest, & Compassionate Representation For Our Clients
Book a Consultation 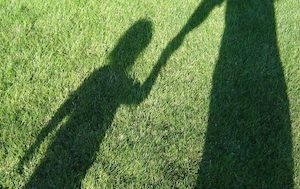 A Florida family court judge issued a ruling this month that grants custody of baby girl to her Cuban father, over objections of the deceased mother's U.S. relatives. Media watchers had compared the case to that of Elian Gonzalez, a custody case that gained worldwide fame after the 6-year-old boy was found in water off the Florida coast on Thanksgiving Day 1999. Gonzalez was also ultimately returned to his Cuban father after a dramatic SWAT team raid to gain custody of him from U.S. relatives.

Elsewhere in Florida a Father is claiming the Miccousukee Tribe kidnapped the newborn child of a tribal mother from a Miami hospital using a bogus court order, Courthouse News Service Reports.

While these cases may seem extreme, the truth is child custody is among the most emotional and legally complex issues and should always be handled by an experienced family law attorney in Florida.

Recently our child custody lawyers in Orlando posted about the move toward shared parenting in Florida courts. The issue has caused much confusion, but in many ways not much has changed.

If parents cannot agree on a time-sharing schedule, the court will order a schedule based on what it determines is in the best interest of the children.

Among factors the court will consider when determining parental responsibility, parenting plans and child time-sharing:

Many other factors exist, including performance of a parent in honoring existing plans or arrangements, evidence of criminal behavior and substance abuse issues.

For many parents, there is nothing more important that remaining an important part of their childs' lives. However, custody arrangements are only one important part of your future. Child support, arrangements for healthcare and educational expenses, and an equitable division of assets and debts that will allow you to provide for your family's future will be equally critical when it comes to guaranteeing a bright future for your child.

Practice Areas
Book a Consultation
Client Reviews
★★★★★
"Felicia is an outstanding lawyer who cares dearly for her clients. I have seen first hand the lengths she'll go to protect her client's rights and fight for the best outcomes in their cases. She keeps them informed and involved and always has their best interests in mind. I highly recommend The FAB Law Firm for Family Law.” Vaneskha H.
★★★★★
"I couldn't be more happier with Ms.Bunbury. She's efficient and understanding. Very dedicated to her profession and making sure her clients get the best outcome possible. I would recommend her to anyone!!! Thank you so much!!!!" Nikeisha A.
★★★★★
"I had an absolutely great experience with the FAB LAW FIRM. I used them for a personal matter and I must say they are professional, honest and punctual. I was very satisfied with the end result. I would recommend them to anyone I know." Arianne C.
View More
Submit a Law Firm Client Review